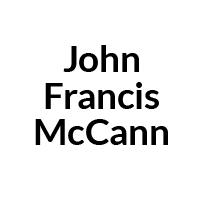 John holds a BSc (Hons 1) in chemistry and a PhD in electrochemistry. His PhD thesis was entitled “Photoelectrochemical Water-splitting at Semiconductor Electrodes” and involved research that encompassed a number of scientific areas, namely chemistry, electrochemistry, physics and solar cell technology. He also completed a course in quantum chemistry at the University of Uppsala, Sweden.

John worked for 3 years as a Research scientist at Abbott Australasia following his Bachelor’s degree, and, following his PhD, worked as a Research Associate for 3 years in the Department of Physics at the University of New South Wales. Since then, John has collaborated with Professor Maria Skyllas Kazacos and some of her colleagues at the University of New South Wales from time to time. During this time John co-authored circa 30 scientific publications. John subsequently joined Spruson & Ferguson, a large firm of patent and trade mark attorneys located in Sydney, in 1982 and was a principal of that firm from 1988 to 2010.

From 1995 to 2000 John was an examiner for the Professional Standards Board for Patent and Trade Marks Attorneys, as it then was, in the subjects of Patent Law and Patent Attorney’s Practice in the examinations for registration as a patent attorney. In 2000 and 2001, John was a casual lecturer in the Law Faculty at the University of Technology Sydney, (UTS) lecturing in the UTS subject “Professional Conduct (IP)”. John re-joined UTS initially as a casual lecturer in the UTS Master of Intellectual Property program in 2013 and later as the lead lecturer (2014-2018) in three IP subjects, namely, “Interpretation and Validity of Patent Specifications”, “Drafting of Patent Specifications” and “Patent Systems”.